Mr. O’Rourke is and has been responsible for franchise marketing, training and implementation, since our acquisition of Plumbing Professors, LLC in April 2019. He served in this same role for our Predecessor since 2008. From September 2000 to August, 2014, Mr. O’Rourke has served as a commercial, residential and industrial service and new construction Master Plumber. He has served on the Kohler Plumbing Advisory Board since 2013.

Whether handling a loss that affected a family of three or a major catastrophe requiring teams of 3,000+, he knows every situation is its own unique challenge. Rusty is responsible for coordinating the BELFOR National Catastrophe Team’s logistics, manpower, equipment and resources in the aftermath of national disasters on a daily basis.

Rusty was past-President of the Restoration Industry Association (RIA) and served as Vice Chair to the IICRC S500 and water damage standards guide. He is a sought-out speaker in the restoration industry and has conducted hundreds of training classes throughout his career to encourage passionate restorers for the future. 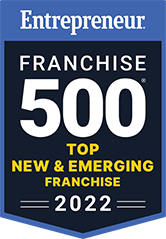